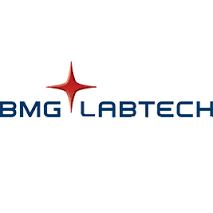 The mechanism of prostate metastasis to bone marrow is a complex multistage process that is only beginning to be understood. Initial steps include down regulation of molecular binding complexes and production of enzymes such as matrix metalloproteinases1 leading to the loss of cell to cell adhesion within the tumour and extravasation of tumour cells. Once in the peripheral blood the circulating prostate tumour cells bind specifically to and invade through the bone marrow endothelial barrier and basement membrane, leading to formation of bone metastases.2,3,4 There is a need for better understanding of this process to allow the identification of the stages and individual components underpinning this metastatic process. The specific mechanisms of invasion and the stimuli for invasion are only now beginning to become apparent by the use of tumour cell invasion systems. Traditional invasion systems are time consuming with each assay involving washing, scraping with a cotton bud to remove non-invading cells, staining, drying and manual counting. Most importantly the assay is inflexible and limited in that the inserts can only present the researcher with a fixed end point. The BD FluoroBlokTM tumour cell invasion system is a high throughput alternative. The system is versatile and sensitive, involving no manipulation of inserts, thus reducing labour and time. It is non-destructive to the sample and therefore allows the researcher to do multiple real-time readings of the same inserts before and after introducing stimuli. The inserts are made of a dyed PET membrane that has a wide fluorescence blocking range from 490-700nm allowing a range of potential fluorophores to be used, and are available in a 24 or 96 well format either coated or uncoated with MatrigelTM. The system can be automated with the incorporation of the FLUOstar OPTIMA plate reader, to increase efficiency and high throughput of assays for drug discovery, cell migration, motility and chemotaxis studies.

Coated inserts were placed in the 24 well companion plate containing 1ml of RPMI 1640 / 0.1% BSA with or without chemoattractant. In the top half of the insert 2×105 GFP or SYTO 82 labelled PC-3 cells were plated in 0.25ml of RPMI 1640 / 0.1% BSA. Plates were then incubated at 37oC for 18hr to allow invasion to occur after which a final end point reading was taken on the FLUOstar OPTIMA. For real time invasion, the plate was placed in the FLUOstar OPTIMA pre warmed to 37oC and the AtmosBag inflated with 5% CO2/air. The FLUOstar OPTIMA was set to take readings every hour for 21 hr.

Initially a comparison was made between the previously published manual counting system5 and the automated counting system of the FluoroBlokTM invasion chambers. Two identical assays were set up and counted manually or by the FLUOstar OPTIMA. Both systems gave similar shaped graphs with similar error bars (results not shown). Fluorescent labelling is another important issue. Cells expressing a fluorescent protein are the ideal for use in these applications as no further manipulation is needed to be able to receive a signal when reading in the FLUOstar OPTIMA. However, not all cells can be tranfected easily, especially primary cells. There are a number of alternatives to overcome this by either pre-labelling or post-labelling cells. Earlier investigations demonstrated that post-labelling was too unreliable hence pre-labelling was the method of choice. The problems inherent with pre-labelling were the risk that the dyes could affect cell function and invasion. For this reason; the need for optimization of labelling time and side effects needed to be established beforehand. Pre-labelling is advantageous because it allows real-time invasion studies. The first step was to test whether the FLUOstar OPTIMA was able to support cells over 21 hours to gain real-time invasion data. PC3-GFP cells were pre-labelled with SYTO 82 and plated in FluoroBlokTM invasion chambers. These were placed in the FLUOstar OPTIMA set at 37o C overnight in the AtmosBag inflated with 5% CO2 in air and the OPTIMA set to take readings every hour of both GFP (488/520nm) and SYTO 82 (530/570nm) for 21 hr. Figures 3 and 4 show that the FLUOstar OPTIMA supports the FluoroBlokTM invasion chamber assays over a period of 21 hr; showing similar data to an experiment where invasion chambers were left in an incubator (37o C / 5% CO2 in air) overnight and read at specific times.

Using a FLUOstar OPTIMA with integrated gas vent for reading the FluoroBlokTM tumour cell invasion system gives results comparable to the traditional invasion assay. There is no need for time consuming counting which is vulnerable to observer variation. The assay works very well without disturbing or fixing cells. Compared with traditional invasion systems involving washing, staining and drying steps the introduced method is fast, saving time and labour. The FLUOstar OPTIMA is able to take multiple readings over time at a user defined temperature and the gas vent enables an environment conducive to cell proliferation and migration.